For the last month, my partner and I have been farm sitting. We saw the request on a gay list, and it sounded like the most ideal post project recovery I could imagine. One labradoodle, three cats, two guinea pigs, a kune kune pig named Marmelade, and a great a wonderful number of chickens and ducks. It’s been magic. We are moving into spring, and as we have moved, so the blossom have opened, releasing gorgeous scent, the lambs have been springing, and the calves are everywhere. There has been rain, and mud, and a pig very happy in it. We found tadpoles, conjured an eel, and I sat with my back against an olive tree watching chickens happily wriggle in a dust bath. That twenty minutes felt like the first time in my life I had made a conscious decision to just sit and do absolutely nothing. While I was there, all of life was happening around me. Kereru crashed fatly and happily into one another on fragile branches. Chickens clucked and pecked, and then one came rushing madly squawking across the paddock. I have no idea what was up, but I felt simply part of it, and it was incredibly relaxing.

I’m trying to learn about doing less. My acupuncturist calls it Yin energy, and my meditation teacher calls it awareness. He says it’s that which has always been there, and is never gonna get anywhere, because there’s nowhere to get to, just here to be. I think of it as trust that all will be well, regardless of my panicky efforts to make it so. Simply to yield. Usually I can’t ever remember that word, and this week I linked it to ‘yes’. Yes to yielding.

As an artist, I am always planning, writing proposals, thinking about how the work could be shown in the world. Which is all good work, and necessary. But I want less fear in my life. I want to believe that there will be the right places for showing it, and that they will arise naturally and plentifully. Fear is not good for making art, and not good for just enjoying life either.

So after the chicken hang out, I decided to go hang out in a temporary outside studio, with a herd of cows. We’d been there the week before, but I didn’t have my sketchbook. This time I took a box of pencils and charcoal, a hat, and two dogs. I made my way to the perfect tree stump I’d seen last time, and settled there. The dogs cruised around, sometimes yipping at the cows, but we settled in. I’ve never drawn cows before, and like any new form, it takes a while to move out of the imagined, simplistic short cuts, and into what you can really see. In my drawing classes I often say drawing is two thirds looking, one third drawing. But it’s also about presence. Really paying attention to what is there, and not getting stuck in what your mind thinks is there. It’s about the unknown, and lived reality being eternally new in every unexpected moment.

There was nothing I had to offer them, and nothing I wanted from them. They came closer, breathing and looking. The feeling was of simply being there, of being with other living beings. Creek would call them gentle beasts.

The most encouraging thing I have ever seen to keep on being an artist is the film Cave of Forgotten Dreams, which documents cave paintings from 30,000 years ago. I remember watching it and having to figure out how long that is. It’s a really long time ago. And we were making drawings like this; of the animals around us, their simple and complicated forms and movement. We have always done this, and it is part of being human. When I get tangled up in art world fear and concerns about what I am doing, this is one of the things I try to remember. Drawing the cows brought me to a realisation I haven’t quite had before; that maybe this is the point of drawing, and maybe it’s enough. To be quiet, and pay attention, and be present with what is right now. I’m gonna try to remember it. 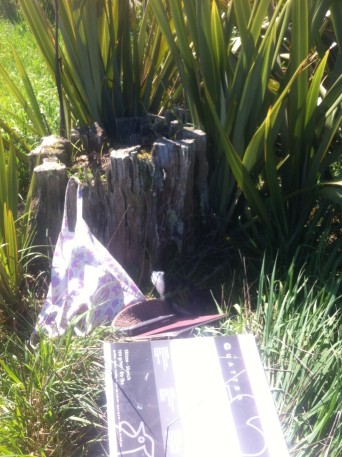 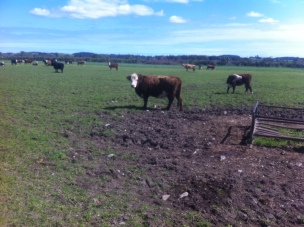 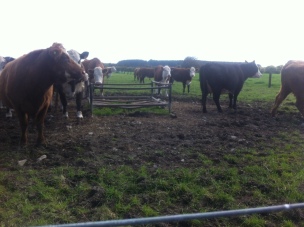 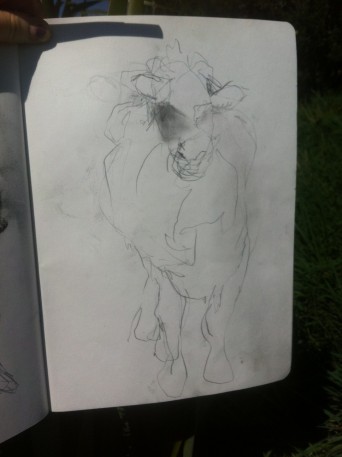 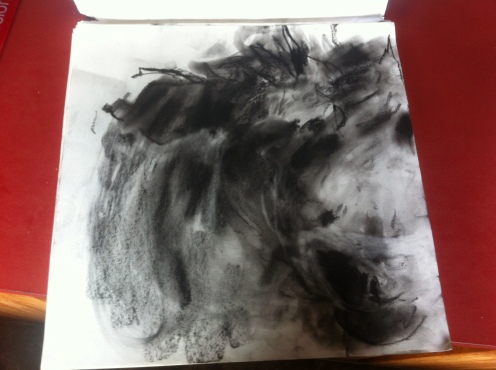 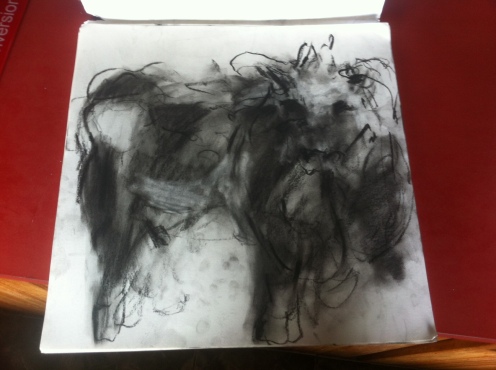